10 women-centric streaming show that had their own revolutionary content

This decade will always be remembered for the digital transformations of cinema. The digital allowed us the privacy to watch fresh content.

Especially in the year 2019-20, we were conferred upon which series to explore this week that it would have with many women-centric web shows catering to all sorts of appetite that our diverse population has developed for empowering stories. Here is a list of the most amazing women-centric shows.

What it’s about: YRF’s Ladies room is a show about a modern young “girl bros” about headlining women. It’s great to watch Comedy with women as lead characters. Especially the delicate feminism of a series about two female characters,

Why you’ll like it: viewers will love to see leading independent lives, scoring grass and being pillars of support to each other in a crisis. Ladies’ room is the show that it’s not trying to furnish you the mortality Lesson on, but the show ends up doing more for gender equality than most others who try to do the show. This show is about two babli young girls, Dingo and Khanna, who are best friends and in their mid-20s. Ladies room each episode is set in a different restroom,

Where to watch this: YFilms

Girl In The city 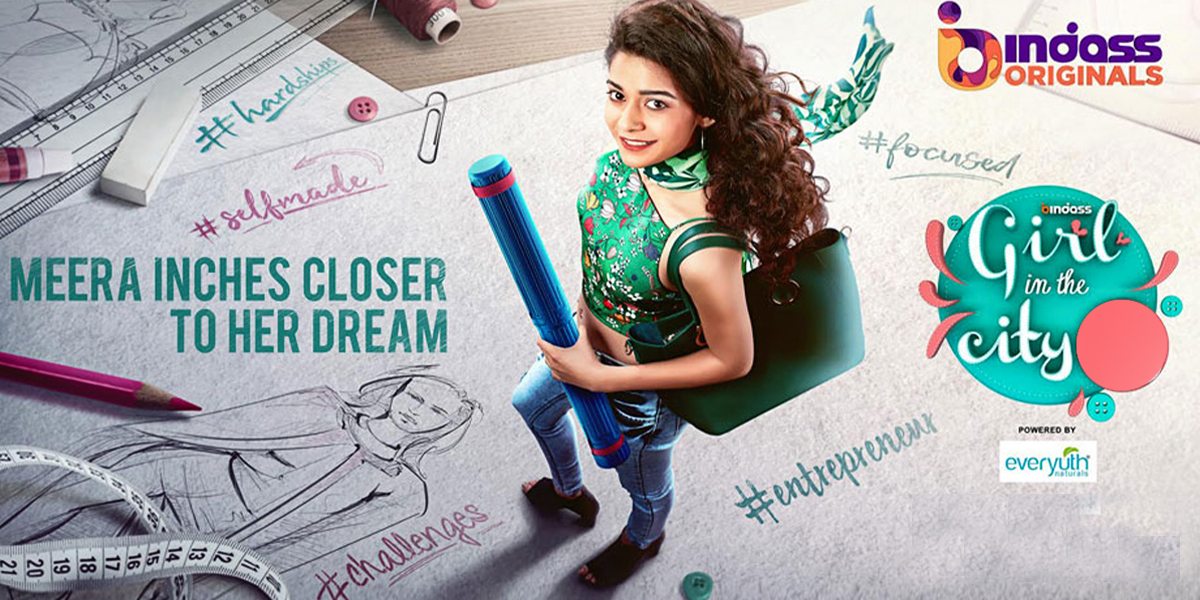 What it’s about: Such a soulful and refreshing web series with good music and exceptional direction.

The whole story is Surrounded by 21 years old Meera Sehgal, Meera moved to Mumbai from Dehradun for an internship to fulfill her dream. It stars Mithila Palkar, who plays the role of Meera.

Why you’ll like it: This show is all about a girl who belongs to a humble family. Meera is a perfect cinematic combination of ambition, love, and friendship.this web series is full of twists and turns. an unconventional plot and also brilliant dialogues like “passion for fashion” is brilliant

Where to watch this: Bindass 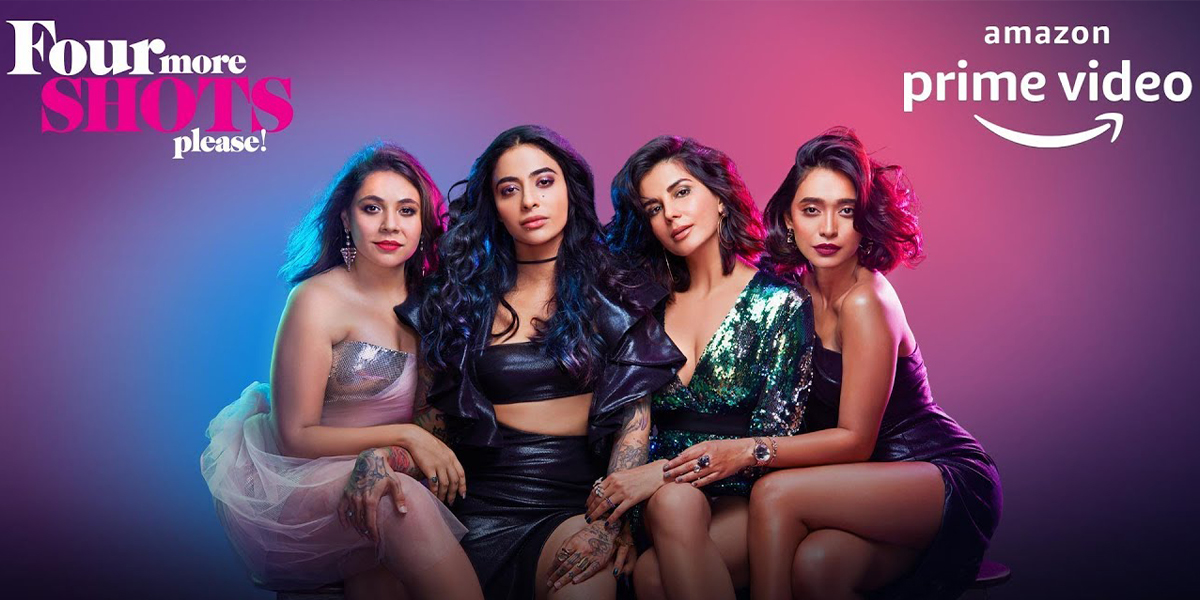 What’s it’s about: The series was one of the top three most-watched Amazon Original series of 2019. Four more Shots, please! Tells the fiction of four unapologetic flawless women. Few critics have referred to the show as a desi version of sex in the city. Four more Shots, characters are often developed in Indian cinema. It may be that such moralities didn’t get to see you in real life. But the truth is that the circumstances that these women went through you can never be seen incredible from anywhere.

You’ll like it: The best part of the series is that it doesn’t try to become a feminist by showing villains to men. Nor does it indicate that the woman is the enemy of women! This series also leaves out some issue whether it is real journalism, LGBTQ or Virginity,

Where to watch this: Amazon Prime Video 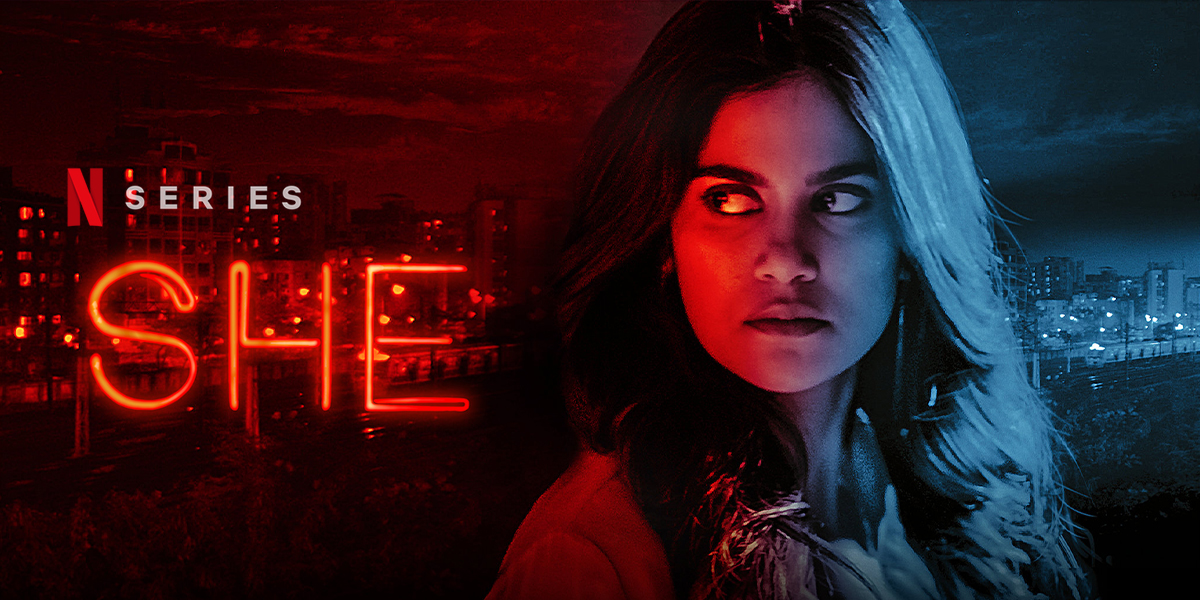 What it’s about: The Netflix crime drama web tv series ‘She’ follows the story of a female constable who became undercover police to bust an underworld gang. ‘She’ is different from the regular series in that it talks about the security in our society.

Why you’ll like it: In the case of Indian women, they think sex only means giving birth to a child. It’s not seen as a wish or pleasure. You don’t have the right to experiment with your sexuality, here,’ she’ works to raise this issue doesn’t add much to that concept—the show despite the idea that a woman’s body can work well to control her surroundings. 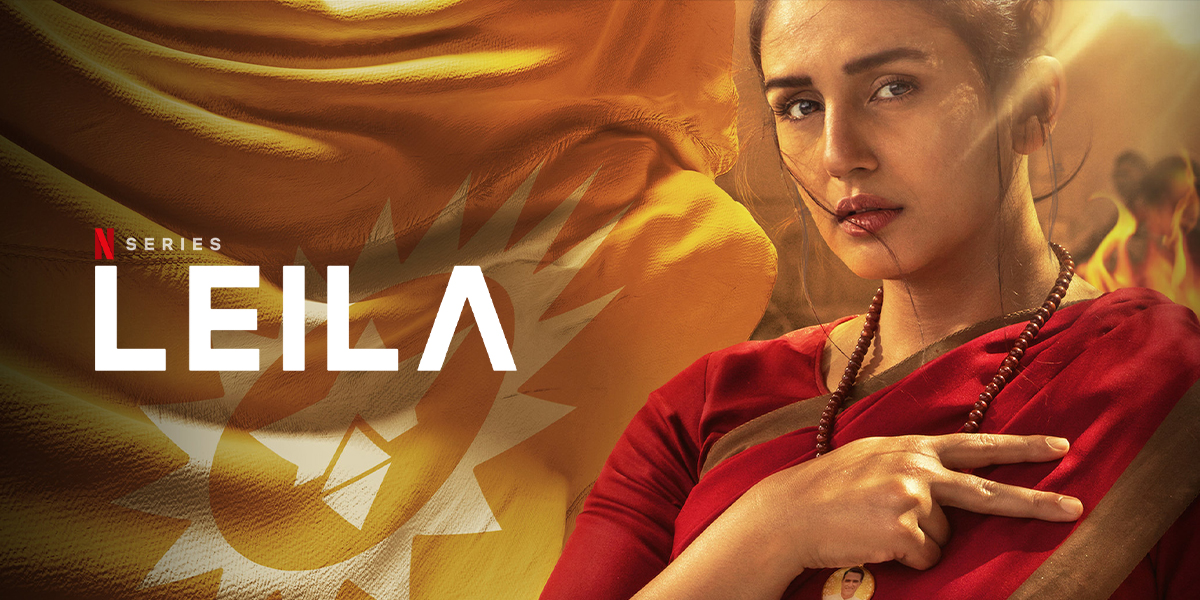 What it’s about: A Netflix cult and Deepa Mehta cinema ‘Laila is a story shed of its time. The story of the same soil where you and I belong. But in some future period. When the name of the country is Aryavarta’. It’s a place where there is nothing precious than water. This is the story of an era where the old system crashed in the name of water.

Why you’ll like it:’Laila is the story of a Hindu mother whose husband was killed for being a Muslim. And somehow, the mother and daughter were separated. The entire series is a journey to find the daughter. Huma Qureshi delivered the best performance of her action carrier till now. Huma played the Laila Mothers character Shalini Rizwan Chaudhary.

What it’s about: Richie Mehta’s seven-part thriller web series ‘Delhi Crime’ is a tale of a city where approximately 11,000 abusive crimes occur every year.  On a cold night of December 2012, what else could be a series about the police investigation of the brutal gang-rape of a young woman in a moving bus in Delhi?

DCP Vartika Chaturvedi (Shefali Shah), the lead of the investigation, prepares a team to assist in the investigation process. Shah is the star of the show. The newbie Niti Singh (Rasika Dugal). Is in sharp contrast to his experienced commanding officer.

Why you’ll like it: on 16 December 2012, The Nirbhaya gang-rape case shocked the entire country, including Delhi.  In this, ‘Delhi crime’ series the Nirbhaya case reference works with a narrator, relying on the memory of the audience. 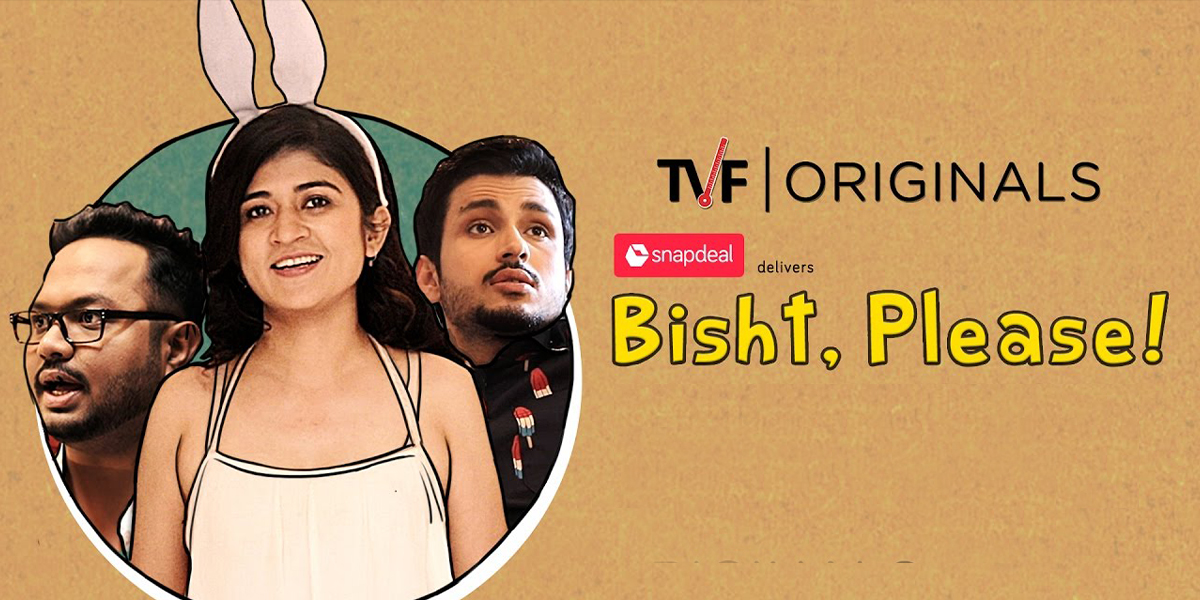 What it’s about: The TVF ‘Bisht, please! Is the show about a girl who started as the show’s protagonist, She manages to combine conservative epochs and sexism together.

Why you’ll like it: The character Neetu Bisht played by the fantastic Nidhi Bisht, is a simple working girl. She goes through her life, facing an annoying situation. She Consequences of being too sweet and too kind. She cannot confront her cheating boyfriend, in the whole show, she looks like she can’t dismiss anything that happens dumped on her.

Nidhi Bisht is a confounder of TVF. She also has written the screenplay of Bisht, please! The show is all about the loveable loser ‘Neetu Bisht.”

Where to watch this: TVF Play

It’s about: ‘Pushpavalli is a story of an obsessed stalker, the character Pushpavalli played by a fantastic Stand-up comedian Sumukhi Suresh who, obsessed with a boy like a mad Ex-girlfriend. But the truth she was hiding has she never ever dated any guy. Pushpavalli is a woman who is desperately searching for a motivation in her life.

Why you’ll like it: Creator Sumukhi Suresh amazingly utilizes eight episodes that made the show an organic tale. Each episode wraps with various social taboos like menstruation, harassment, body image issues.

Where to watch this: Amazon Prime Video 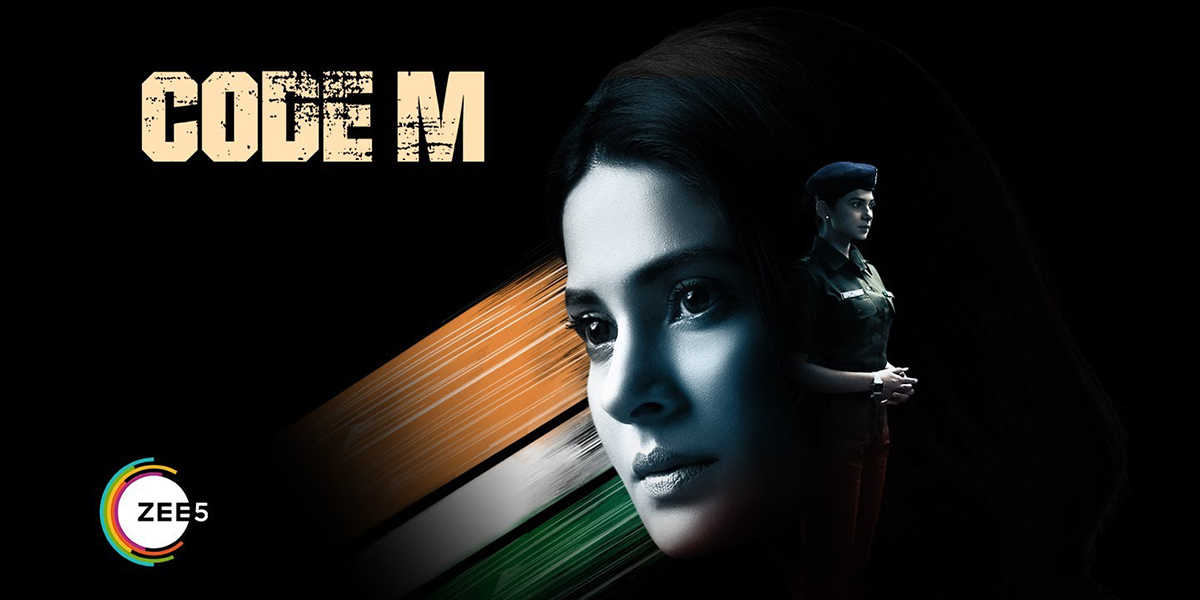 What it’s about: Code M’s concept is undoubtedly not a cliché, but the series has its own basic concept. This web series raises issues like racism, homosexuality, patriarchy very superficially, whatever it may be, more or less. Whether superficial or deep, whether for society or for commercial success, the show talking on social issues should be praised.

Why you’ll like it: Over All Series maintains interest. In ‘Code M,’ the way things open up and keep going, they answer all the questions.  But despite this, there is a feeling of dissatisfaction.  More than the characters, the story has been invested.

Code M’ lead actress Jennifer Winget is a well-known TV actress. His tv show ‘behad’ was very much discussed.  In her digital debut titled Code M, she appears in a bold and professional avatar. And she has done a great job in ‘Code M.

Where to watch this: ALT Balaji 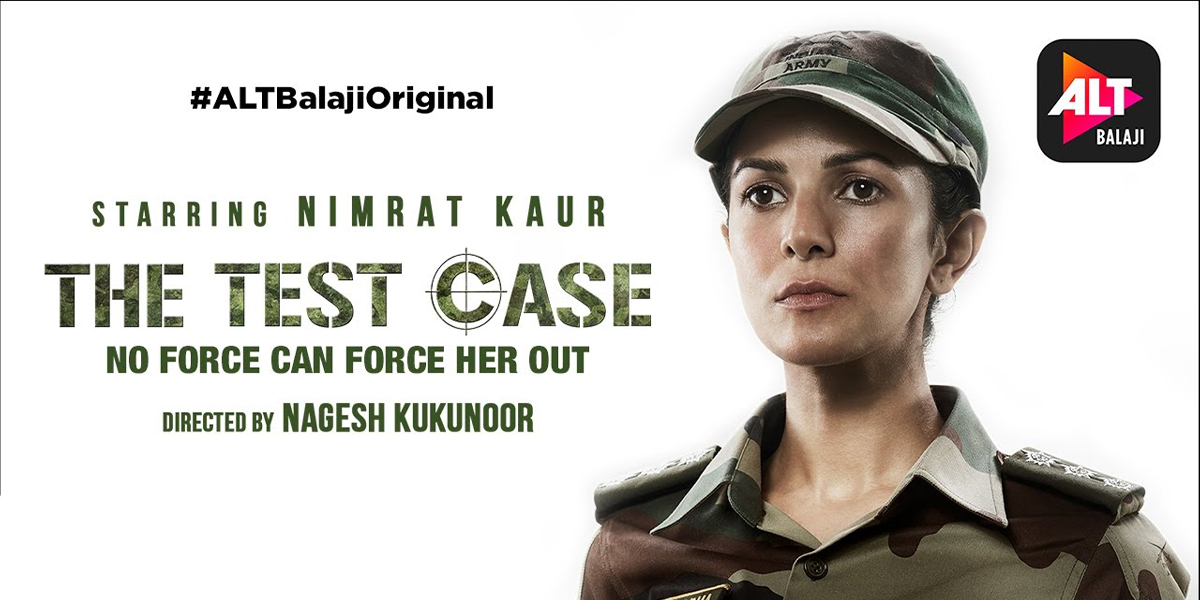 What it’s about: The Test Case tells the story of Captain Shikha Sharma (Nimrat), the first woman who gets enrolled in the Indian Army’s Special Forces unit, and her struggle to make her presence felt in an all-male group of soldiers. This story says a Haryanvi woman training to be India’s first lady Commando in a combat role.

Why you’ll like it: the power-packed performance of Nimrat Kaur and a unique story which hasn’t been narrated in any Indian movie or tv shows, it’s an eye-pleaser to watch Nimrat effortless acting. She offered her audience the acting talent, which has never been seen before on screen.

Where to watch: ALT Balaji

I believe well-written content can decide the present and future of any business. With my inquisitiveness and a knack to read and write, I aim to understand how content and digital marketing are transforming industries around us. Photography is my mojo | Finding reasons to be creative

How to choose background for amazing pictures.

A DATE WITH THE STARS AT MADAME TUSSAUDS IN DELHI 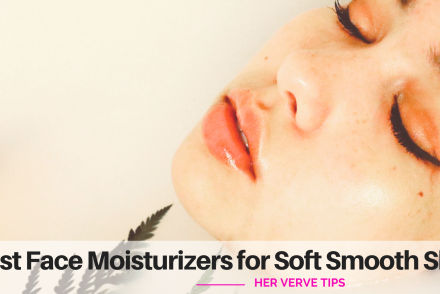 Made with Kajal Sharma